Who’d a thunk it: rental regulations can co-exist with a healthy rental sector

Recently, the ACT Government announced a plan to introduce measures to make life marginally better for people who rent. While there isn’t much detail yet, changes would include:

These changes are modest. All the same, property management types have pulled out the same tired playbook and argued that making renting fairer will bring about the end of times, returning all of humanity to a struggle for survival in which life is nasty, brutish, and short. 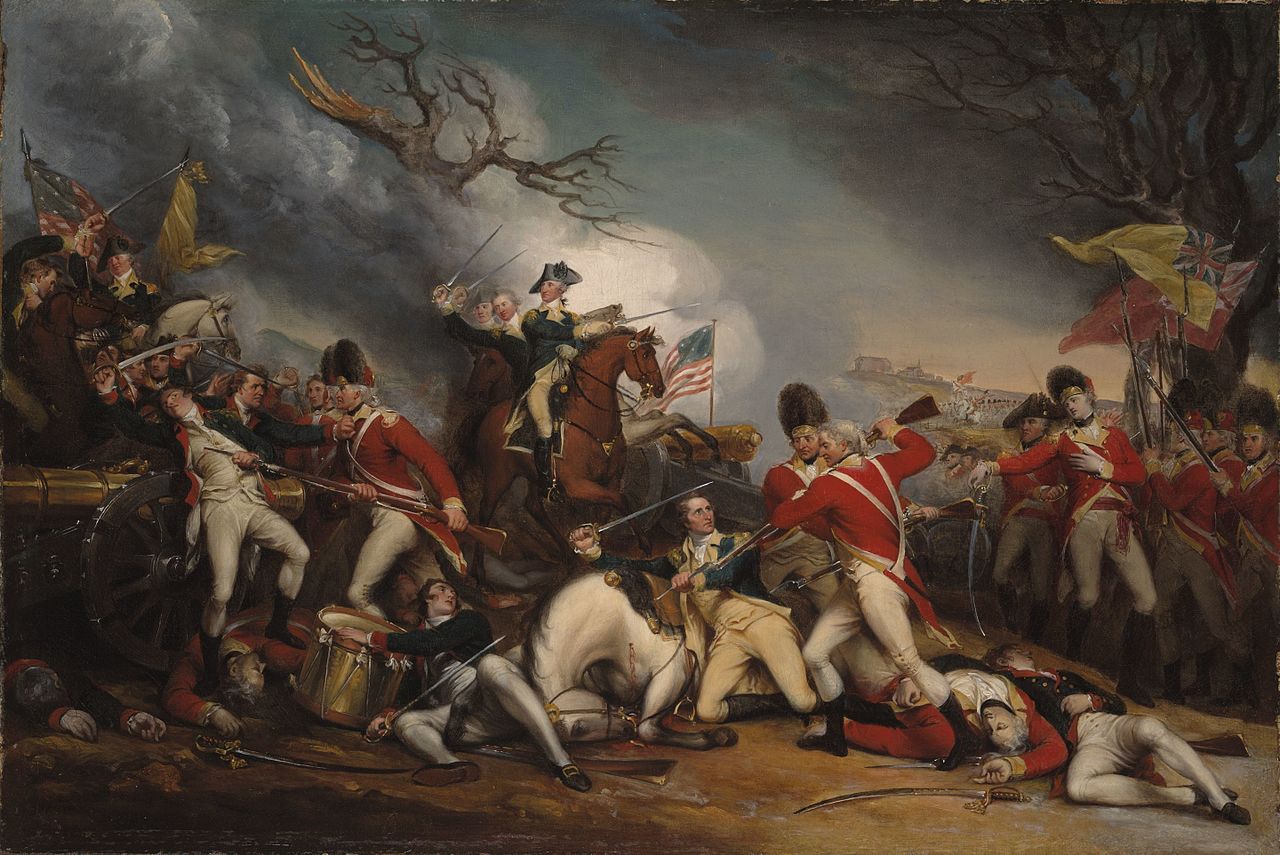 What amount of minor modifications could justify such a gross waste of human life?

Rather than be honest about why they actually oppose reform, real estate agents argue that rental reform is bad because it will increase rents and drive landlords out of the sector.

1. Since when did agents hate higher rents?

If rents would actually go up, do you think agents would complain? The very fact that they are speaking out against changes is evidence that any impact on rents would be negligible (or, in fact, good for renters). 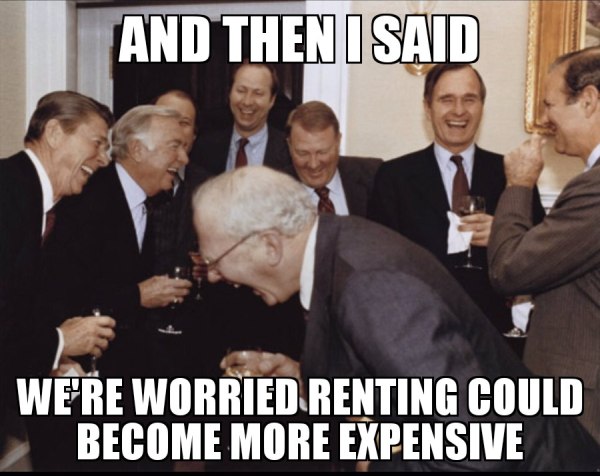 Ok let's think about this. They say that rents will go up and that landlords will stop investing in real estate.

But wait a second. If rents are going up, then landlords would be making more income. Why would they stop investing in real estate? 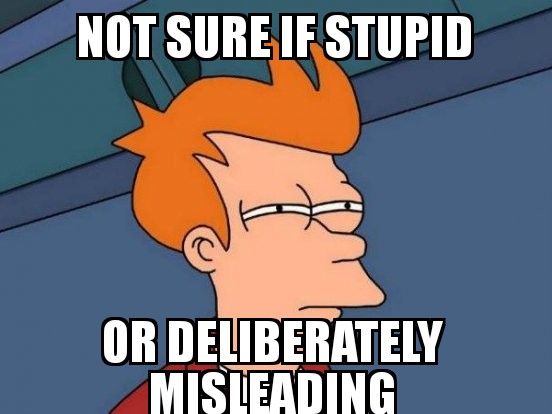 What about the other way around: landlords might stop investing, and rents then go up due to a lack of supply.

Sure, this could happen. But what would happen next? Higher rents would mean other people could make a profit from investing in real estate, and they would move in.

This is how investing works. The price of the asset (in this case, an investment property) reflects the risk/reward equation for that asset. If investing in real estate somehow became riskier, then the asset price would change, and it would still be a worthwhile investment at that new price point (and, in the meanwhile, housing would become more affordable).

"...investors simply do not consider tenancy issues when investing for the first time...in this study it was almost impossible to get investors to engage on tenancy law as an issue, let alone an important factor connected to investment decisions."

Ultimately, there are many factors influencing investment decisions: interest rates, federal tax policy, and a strange Australian obsession with buying things made out of bricks. It's bizarre to suggest that letting tenants use blu-tack is suddenly going to turn the entire investment landscape upside down.

3. Arguments are untrue in practice

Alright, we all know that sometimes economics gets it wrong. Remember when people said that negative gearing would make housing more affordable? Yeah.

So why not actually look at other jurisdictions around the world and see what impact rental regulation has had there?

As it happens, the Australian Housing and Urban Research Institute did exactly this. They conducted an international review of rental regulation in ten countries, covering Australia, the UK and the US, as well as Belgium, Canada, Sweden, New Zealand, Spain, Germany, and Ireland.

"The view of tenancy regulation as ‘red tape’ is out of step with the recent experience of most countries in this study....On the contrary, Ireland and Scotland are examples of successively stronger regulation being implemented as the PRS has grown."

But maybe Australia is different, given the high number of ‘mum and dad’ landlords? Well, no actually. Surprisingly, the review finds that "smallholding private individuals" are common in all countries, and that they can continue to operate with stronger rental regulation:

"Across the 10 countries the dominant owners of private rental housing are smallholding individual persons."

So, funnily enough, it turns out that expert researchers have come to a different conclusion than property managers who maybe, just maybe, might have a vested interest.

Look, there are probably good arguments against certain rental reform. I, for one, am happy to go on the record as opposing policies that make it legal for renters to use heavy machinery to entirely remove a property, leaving the property investor with nothing more than a concrete foundation where a house used to be.

But it turns out nobody is proposing anything like that. Instead, we’re looking at a few incremental improvements in response to the fact that many more people are renting, renting for longer, and spending their lives as renters. Instead of fear mongering, property managers should be getting used to a new reality in which, for an overdue change, renters can actually have decent homes.