Currently, unfair evictions keep many renters on edge. All over Australia, people who rent worry about requesting repairs or exercising their rights because they are worried about getting a notice in the mail saying that they’re going to have to move out - with no justification provided.

However, there’s good news: the Queensland Government has proposed to shift away from these unfair evictions. Instead, as we and others have previously discussed, they suggest abolishing unfair evictions and instead prescribing particular reasons to end a tenancy. There would be various reasons, but the key ones are:

This is a big step forward. Unfair evictions undermine your right to a decent home. The mere fact that an unfair eviction is possible makes home-renters worry about standing up for themselves. It is a standover tactic. Getting rid of them wouldn’t affect good landlords, and will improve accountability for the bad landlords. 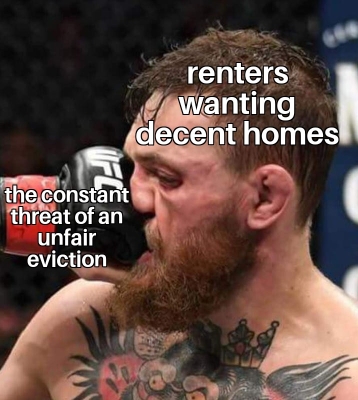 As the Productivity Commission puts it:

Landlords’ incentives to carry out obligations, such as repairs and maintenance, decrease when no-grounds evictions are available, since this provides an avenue for them to terminate leases in the event of a dispute....the possibility of a no-grounds eviction decreases the willingness of tenants to assert their rights under residential tenancy law, including those relating to maintenance and repairs.

But Queensland’s changes should go further. In addition to ending unfair evictions, they should increase the notice period for the prescribed reasons. For example, tenants could be provided with notice of 12 weeks’, but also the ability to terminate with shorter notice if they secure a new tenancy in that 12 week period. This would give people the necessary time to find a new home and make other life changes (such as adapting arrangements for childcare, the school drop-off, or a commute).

It’s also possible that dishonest landlords will abuse the prescribed grounds. One way of protecting against this is to prevent the property from being re-let for some time after the termination takes place. For example, if a tenancy is terminated so that the landlord’s children can live in the property, then they shouldn’t be able to re-let the property for, say, 6 months. This would help to avoid the phenomenon of tenants’ being evicted for a supposedly fair reason, only to see the property back on the market shortly afterwards.

Finally, landlords can also use rent increases to force tenants out of a home. In addition to fearing retaliatory evictions, many people who rent their home fear retaliatory rent increases. If it’s important for people to be able to remain in their home (hint: it is), then we should ensure that unaffordable rents don’t end up forcing people to move. 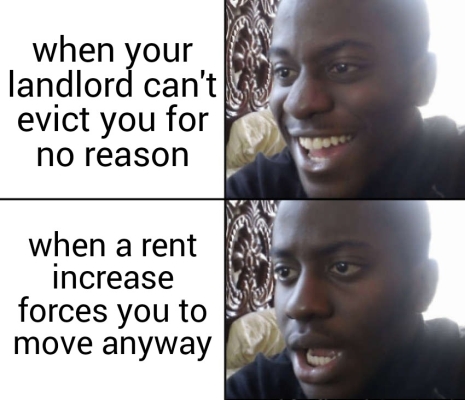 Overall, Queensland’s proposed reforms put it on track to be one of the best in Australia when it comes to how tenancies end. We look forward to people who rent their home benefiting from longer, secure tenancies. Landlords, too, can benefit from improved security of income and responsible tenants who are given the confidence that it is worth treating their rental like a new long-term home.

If you want to have your say on the Queensland government's proposal, you can head to their consultation site and complete a short survey.